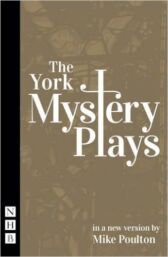 A new version of The Greatest Story Ever Told...

Spanning the creation of Heaven and Earth to the Last Judgement, this is the story of Good versus Evil

Of Life and Death

And of love, betrayal, loss and hope

Mike Poulton's version was first performed in York Minster in May 2016, employing a community cast of 200 to bring the cycle to spectacular life once again