Shakespeare in a Divided America 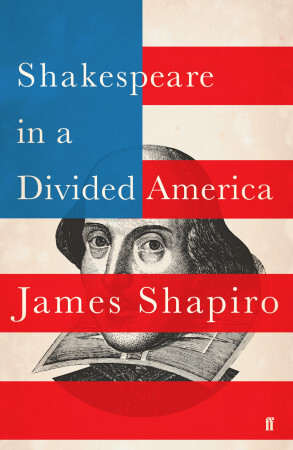 From the author of the hugely popular and critically acclaimed 1599 - A Year in the Life of William Shakespeare and 1606 - Shakespeare and the Year of Lear, Shakespeare in a Divided America offers a fresh perspective on the history of the United States

And a timely reminder of Shakespeare’s indelible influence

But as James Shapiro illuminates in this revelatory new history, Shakespeare has long held an essential place in American culture

Why, though, would a proudly independent republic embrace England’s greatest writer?

Especially when his works enact so many of America’s darkest nightmares: interracial marriage, cross-dressing, same-sex love, tyranny, and assassination?

But perhaps most pressingly, we learn how, in Trump’s America, the staging of his work has provoked threats of violence and has become a battleground for freedom of speech

" A miraculous achievement" ~ The Irish Times

'With the lightest touch and the most formidable scholarship, James Shapiro, once again, proves himself to be an irresistible storyteller. And what an exhilarating and disturbing tale he has to tell. Here is proof that Shakespeare’s power remains undiminished in our divided world' ~ Simon Russell Beale

SEE ALSO
1599 : A Year in the Life of William Shakespeare

AND COMPANION VOLUME
1606 : William Shakespeare and the Year of Lear