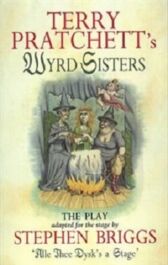 A zany, crazy parody of Macbeth

It's all there - a wicked duke and duchess, the ghost of the murdered king, dim soldiers, strolling players, a land in peril

And who stands between the Kingdom and destruction?