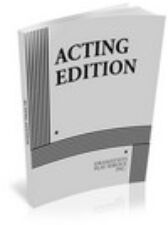 Mio, believing that his father was innocent of the crime for which he was executed, pursues his long search for proof of his innocence

Following new evidence, his path crosses that of Miriamne, a strange creature who lives with her family in the shadow of a towering bridge

The young people are drawn together through the tragedy of Mio's father, and the boy's bitterness prevents each from giving himself wholly to the other. Mio must first recover his self respect and the right to love

His problem is complicated when it is learned that Miriamne's brother, Garth, might have testified at the trial and cleared the accused man, but feared to do so because his own life would have been endangered

In the midst of Mio's efforts there appears the figure of the unbalanced judge, who sentenced the victim, in search of new evidence to convince him that his decision was just

Miriamne, loyal to her family and in spite of her love for Mio, helps Garth conceal a murder the discovery of which would have saved Mio's faith, even life itself

From this tense situation, the young lovers step out into the night, to live what little is left of their short lives together