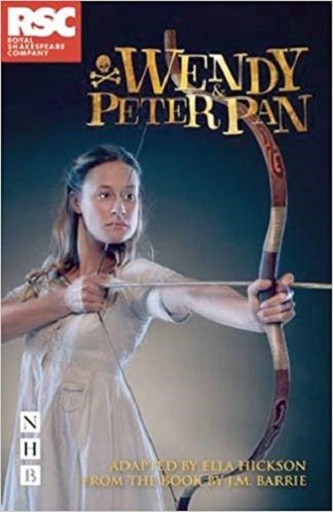 Ella Hickson's version puts the character of Wendy firmly centre stage, in an adaptation that is refreshingly modern but never loses the charm of the original ...

Snow is falling across London

Then in a sudden flurry of snow their window blows open ...

With the aid of a little fairy dust, Wendy agrees to fly with Peter to Neverland, seeing not only the promise of an awfully big adventure, but also the chance to rediscover the key to her parents' lost happiness

Once there, she'll give the Lost Boys a run for their money

And defeat Captain Hook and his pirate crew

And ultimately learn what it means to grow up