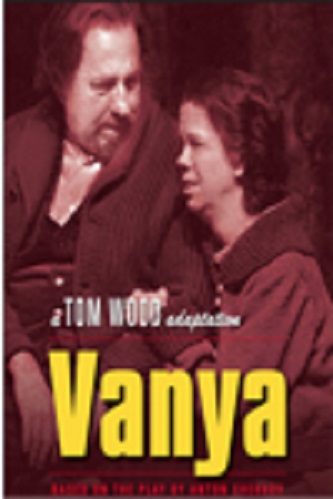 In his late fifties, having spent his life toiling on a remote farm in Northern Alberta, Uncle Vanya has sacrificed his dreams to support his brother-in-law, an English Professor

Learning that the professor is a fraud and that his sacrifice has been in vain, Vanya decides to reveal his long standing love for Elena, the new young wife of the Professor

"Tom Wood's adaptation of Uncle Vanya is unusual in two major ways. First and most important is the accessibility of the language and its contemporary feeling. This is important both for the actors and the audience. It is rare to find translations of Chekhov that jump forward in our consciousness and strip off the layers of dust and stiffness that distinguish most versions. This effect is partly the language and partly the setting. Northern Alberta in the 20s, with the first War in the immediate past and the depression and the second war looming, is a very close parallel to the Russia of the 1890s. And the people, I have always thought, are closer to Canadians than to the English who have produced most versions" ~ Hamilton

"This Vanya adaptation is rich with themes. Themes threaded poetically through the work ... The power of William Hurt's performance is matched and aided by the clarity of Wood's adaptation. This version makes a variety of changes that put the story's conflicts in higher relief and emphasize the humor Chekhov always insisted was essential ... Between Wood's alterations and JoAnn Johnson's direction, there's a palpable sense of loss, not just of opportunities squandered but of the death of Vanya's beloved sister" ~ The Oregonian