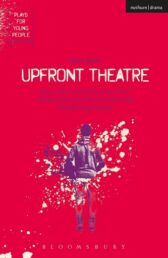 Large Mixed Cast
An anthology of four hard-hitting, edgy plays for young people, ideal for performance with a large cast

The four Plays are:

Why Is John Lennon Wearing A Skirt?

Explores a boy's relationship with his grandfather, who is suffering from Alzheimer's (or "Arsehammers", as the boy hears it)

A brilliant tale of living with, and understanding, mental illness

It has been re-imagined for a cast of around 20

The Year of the Monkey

Previously unpublished, this is a satirical play with music that exposes the true impact that earning a living has on young people in modern-day society

It is a response to politicians' visions of 'ordinary people', set against the reality of earning a living and the way this impacts on young people's lives

It can be performed by a cast of up to 50

"Claire Dowie is the supreme advocate of rebellion. She debunks conformity or almost anything which can be defined" ~ Stage