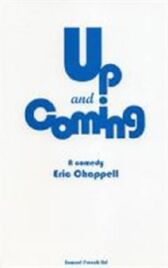 Philip Conway, Deputy Prime Minister and Leader of the House is attending a party conference

But, tipped to be the new party leader, his campaign for power is in serious danger of collapse

Visits from rivals, fellow conspirators and the all-too-attentive Vicky coincide keeping Philip on his toes; the world's press is in the lobby; there are threats of assassination; students are rioting outside the hotel: an uncomfortable evening is the result!

Who will get his - or her - just deserts?