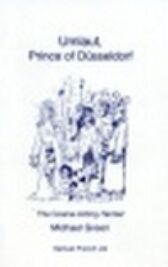 The ghost is determined to ruin all of Umlaut's best speeches while Hildegard, the Coarse Acting version of Ophelia, keeps forgetting that she's supposed to be dead

Cast and crew battle on regardless - surely the audience won't have noticed a thing?