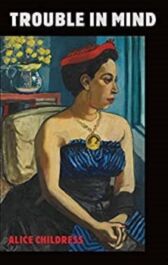 A radical satire of racism in theatre

In 1950s America, protests for racial equality erupt in the face of voter suppression

When Wiletta finds that her arguments to tell the truth of the story are dismissed, she decides to take action

Trouble in Mind premiered Off-Broadway in 1955

Scheduled to open on Broadway in 1957, Childress objected to the requested changes in the script that would 'sanitise' the play for mainstream audiences, and the production was cancelled

Its Broadway premiere eventually came in 2021

It was seen at the National Theatre, London in 2022