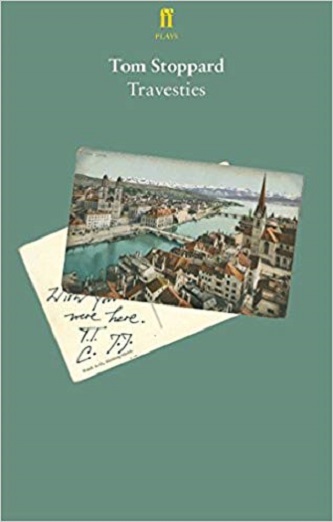 Travesties was first performed by the Royal Shakespeare Company at the Aldwych Theatre, London, in June 1974

This edition includes a new preface by the author, and revisions made by him for a revival at the Menier Chocolate Factory, London, in October 2016

'Tom Stoppard's Travesties is witty, playful and wise. Forty years on, it is starting to look timeless as well' ~ Sunday Times

'It is a champagne cocktail, compounded of a balletic nimbleness of invention, a bewildering intricacy of design which reaches the sublime heights where mathematics merge with poetry, and the audacious juggling of a master conjuror' ~ Sunday Telegraph

'A dazzling pyrotechnical feat that combines Wildean pastiche, political history, artistic debate, spoof reminiscence, and song-and-dance in marvellously judicious proportions. The text itself is a Joycean web of literary allusions; yet it also radiates sheer intellectual joie de vivre, as if Stoppard were delightedly communicating the fruits of his own researches' ~ Guardian