Total Directing - Integrating Camera and Performance in Film and Television 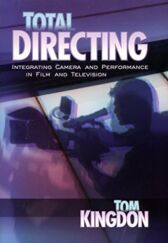 This is the first book to fully integrate the technical aspects of screen directing with practical methods for directing actors, deeply and carefully exploring how these two primary aspects of the director's craft work together

Viewed from a perspective that seeks to balance successful work with actors and technically high-level production values, the complete directing process is discussed in detail

From the start of script development through to the delivery of a finished project, Total Directing covers every aspect of preparation and decision-making with solid background information, practical suggestions, and clear illustrations

Choosing and working with a production team

Using the language of acting

Working with a set

Preparing for each day's shoot

Editing and working with editors