Too Much the Sun 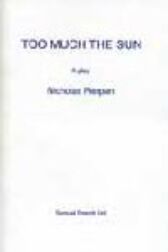 Fresh out of prison, a young man returns to his English coastal home village

He takes a job offered by the local eccentric, a clockmaker and friend of his father

But the boy knows the king has written 'Death' - can he outwit the king and ultimately win?