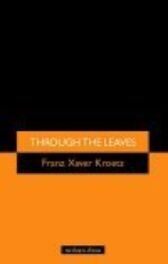 A study of the frail, flawed relationship between a middle-aged woman tripe butcher and a loud-mouthed factory worker. Since its 1981 premiere Through the Leaves has been praised as a play that explores the pathos of the inability of two people to relate intimately to each other through conversation. Anthony Vivis' superb translation is published to tie in with the production at the Duchess Theatre in London, starring Simon Callow

"The most fascinating of contemporary West German playwrights.Through the Leaves sticks like a splinter in the mind" ~ Frank Rich, New York Times

"Kroetz's play written in 1976, astringently translated by Anthony Vivis, takes a hard, convincing look at the imbalance of power between a man and a woman and at what happens when tenderness and cruelty converge" ~ Observer