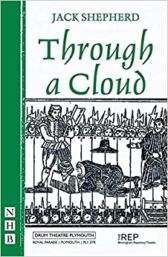 A provocative new play about Cromwell and Milton. England 1656 and the sense of freedom following the execution of Charles I is threatening to plunge the country into anarchy

Against this background the blind poet John Milton and the Lord Protector of the Commonwealth Oliver Cromwell, meet for a picnic

Though firmly set in its period, Through a Cloud reaches forward to the present day ...

After a bloody insurrection, how can a country regain its equilibrium ?

And can good government be enforced from above on a divided nation ?

"Shepherd's play orchestrates a fascinating clash between two types of revolutionary: the idealistic visionary and the principled pragmatist" ~ Independent