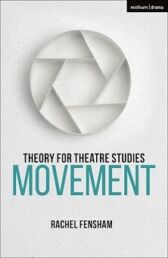 How do we define movement in performance?

Who or what is being moved and how?

And which movements are felt, observed, or studied, in theatre?

Part of the Theory for Theatre Studies series which introduces core theoretical concepts that underpin the discipline, Movement provides the first overview of relevant critical theory for students and researchers in theatre and performance studies

Exploring areas such as vitality, plasticity, gesture, effort and rhythm, it opens up the study of theatrical production, live art, and intercultural performance to socio-political conceptions of movement as both practice and concept

The final section considers a suite of concepts that shape postdramatic and intermedial theatre from China, Germany-Bangladesh, Australia, the United States, and United Kingdom

The volume is supported by further online resources including video material, questions, and exercises