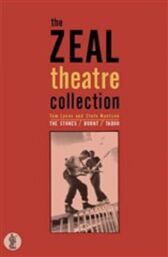 This internationally renowned play was created in 1996 and has been performed worldwide including: the National Theatre London; New Victory Theatre, New York; De Krakeling, Amsterdam; and a cowshed in Horn-Zaingrub, Austria

Set in the fictitious town of Gilpendry, Burnt was born out of the true stories of people from regional Australia struggling with prolonged drought, and in particular how the stresses and strains of continued drought impacts on families and young people

Commissioned by the Sydney Theatre Company, Taboo deals with date rape, internet dating, and the ripple effects of sexual assault