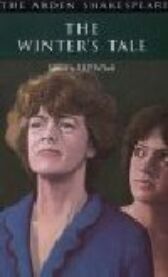 A fine example of Shakespeare's fascination with the dramatic genre of romance--the portrayal of magical lands, familial conflict and exile, and final reunion and reconciliation

Drawing on Robert Greens story Pandosto, Shakespeare's play tells the story of the middle-aged Leontes, King of Sicilia, and his childhood friend Polixenes, the king of Bohemia

Leontes mistakenly believes that his friend is having an affair with his wife, Hermione. In his jealousy, and consumed by "tremor cordis", he tries to murder Polixenes, who flees, and accuses his wife of adultery

Hermione gives birth to a baby girl, Perdita, who Leontes denounces as illegitimate, and casts her out into the wilderness

Hermione is ultimately proved innocent, but her son, Mamillius, dies of grief. Hermione collapses, apparently dead, and Leontes is left to pick up the tragic consequences of his actions

Time passes, and the action moves to Bohemia, where the lost child Perdita has grown up a shepherdess in the midst of "great creating nature"

The final scenes of the play draw towards resolution and reconciliation between Leontes, Hermione and their lost daughter, culminating in one of Shakespeare's most moving final scenes