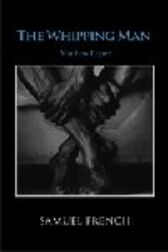 April, 1865 - the Civil War is over and throughout the South slaves are being freed, soldiers are returning home and in Jewish homes, the annual celebration of Passover is being celebrated

Into the chaos of war-torn Richmond comes Caleb DeLeon, a young Confederate officer who has been severely wounded

He finds his family's home in ruins and abandoned, save for two former slaves - Simon and John - who wait in the empty house for the family's return

As the three men wait for signs of life to return to the city, they wrestle with their shared past, the bitter irony of Jewish slave-owning and the reality of the new world in which they find themselves

The sun sets on the last night of Passover and Simon - having adopted the religion of his masters - prepares a humble Seder to observe the ancient celebration of the freeing of the Hebrew slaves from Egypt, noting with particular satisfaction the parallels to their current situation

But the pain of their enslavement will not be soothed by this tradition, and deep-buried secrets from the past refuse to be hidden forever as the play comes to its shocking climax

The Whipping Man is a play about redemption and forgiveness, about the lasting scars of slavery, and the responsibility that comes with freedom

"A cause for celebration. Mathew Lopez has come as close as any author could to producing a microcosm of the genesis of a wide range of today's Black American males" ~ Bob Rendell, Talkin' Broadway

"Succeeds with an uncanny maturity in using sharply drawn characters and rich metaphor to wrestle Wilson-like with epic American issues of race, religion, and responsibility. Someone must succeed Wilson; it might as well be Lopez" ~ Tim Gihring, Minnesota Monthly