The Theatre of Tennessee Williams Volume 1 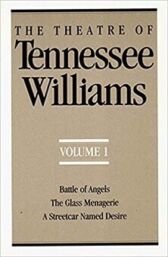 This is followed by the texts of his first great popular successes: The Glass Menagerie (1945) and the Pulitzer Prize-winning A Streetcar Named Desire (1947), which established Williams’s reputation once and for all as a genius of the modern American theatre.