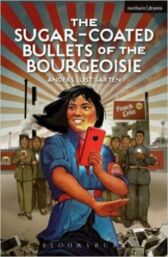 Large Mixed Cast
"Our China is now the worst of all worlds. Communist politics controlled by greedy capitalists, raw capitalist economics controlled by corrupt Communists. Because they're all the same people! At least under me, the people knew what they were tightening their belts for"

Following a number of characters and generations through these years, it portrays the foundation of modern China