The Strength Of Our Spirit 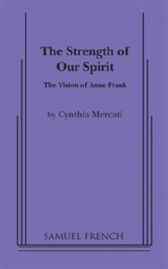 Who were the people that silently fought the Nazis by hiding Jews during the Holocaust?

Told in haunting realism which bespeaks the horror of World War II, this play accounts for several men and women who, in the face of their own deaths, saw only compassion for the innocent victims of genocide

Their mission was to hide fellow Jews and innocents and fight back whenever, however they could

While the partisans bide their time and await uncertain futures at a Nazi work camp, we are witness to the imaginative staging of their proudest moments

The Strength Of Our Spirit, The Vision of Anne Frank