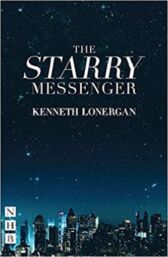 A bittersweet exploration of love, hope and the mysteries of the cosmos

Norman Ketterly is fighting for his life in a cancer ward

"The gentle, compassionate comic drama has the sweet taste of redemption" ~ The New York Times

"Lacing questions large and small, about ourselves and the cosmos, with characteristic sensitivity, compassion and humour" ~ Variety

Kenneth Lonergan's previous stage plays include the Pulitzer Prize-nominated The Waverly Gallery, This is Our Youth, Lobby Hero, which was nominated for the Olivier Award, and the acclaimed film Manchester by the Sea