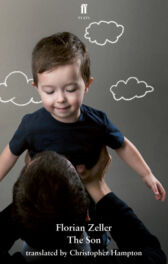 And a different school, a fresh start

When he doesn't feel comfortable there, when he senses he isn't wanted, he decides that going back to his mother's may be the answer

But at some point, options are going to dry up

It premiered at the Kiln Theatre, London, in February 2019