The Sieve and Other Scenes 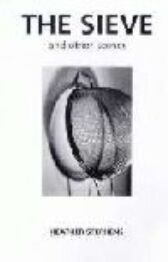 The Sieve contains unusual short original monologues valid for junior acting examinations. The material has proved popular, winning entries worldwide in drama festival competitions. Although these monologues were originally written for the 8-14 year age range, they have been used by adult actors for audition and performance pieces

Each monologue is seen through the eyes of a young person with varied subject matter, including tough social issues such as fear, "Television Spinechiller", senile dementia, "Seen Through a Glass Darkly" and withdrawal from the world around "The Sieve".

Other pieces include: "A Game of Chicken", "The Present", "Balloon Race" and a widely used new adaptation of Hans Christian Anderson's "The Little Match Girl" in monologue form

There are fifteen monologues in all