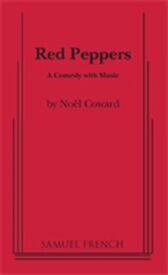 Doing a song and dance act in a vaudeville theatre are George Pepper and his wife, Lily

When the house musical director, Bert, comes to the dressing room to bum a cigarette and a beer, they chide him for accompanying them in the wrong tempo, call him a drunk, and oust him

Mr. Edwards, house manager, comes to defend Bert, and he is insulted

Lily stalks off the stage after heaving her hat at Bert