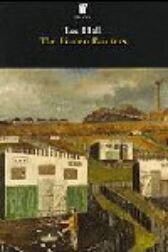 In 1934, a group of Ashington coal miners and a dental mechanic hired a professor from Newcastle University to teach an Art Appreciation evening class

Unable to understand each other, they embarked on one of the most unusual experiments in British art as the pitmen learned to become painters

Within a few years the most avant-garde artists became their friends, their work was taken for prestigious collections and they were celebrated throughout the British art world

But every day they worked - as before - down the mine

The Pitmen Painters premiered at Live Theatre, Newcastle-upon-Tyne, in September 2007, before transferring to the National Theatre in 2008

This is the Faber & Faber edition, for the Acting Edition click here