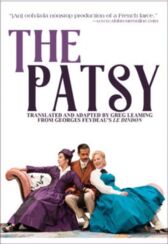 The arrival of Marta Ziegler - an old lover of Lucienne's husband - brings chaos into the household, and so Lucienne throws herself into the arms of her husband's best friend to wreak revenge

But on the boulevard, nothing is ever this simple!

A prize-winning German boxer, his love-sick wife, an elderly American couple traveling to Paris for the first time, and an assortment of managers, servants, bellboys and ladies of the evening all arrive on the same night at a local hotel where a horrible night of mistaken identities and slamming doors keeps everyone from getting what they need

In a last act of desperation, Lucienne now seeks revenge in the arms of a family friend, making sure that her husband will catch her in flagrante delicto!

But when all seems hopeless, true love untangles every bit of mistaken identity, leaving one very happy couple

And some very frustrated young suitors