The Normans - 1066 - The Battle of Hastings - PERFORMANCE PACK 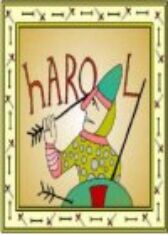 The problem was that Harold had promised William, Duke of Normandy, the throne

Then there was the Viking, King Hadrada, who, with Harold's brother Tostig, also felt he had a claim to the throne

Unfortunately for Harold they both invaded at the same time, so in a matter of days he had to fight two decisive battles that changed our history for ever