The Merry-Go-Round in the Sea 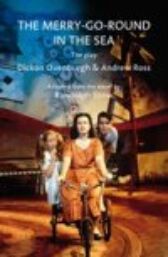 The year is 1941, Australian soldiers are fighting overseas and in Geraldton locals dig air raid trenches in their backyards, just in case

Six-year-old Rob Coram idolises his enigmatic older cousin Rick, but his idyllic existence on the west coast of Australia is disrupted when Rick volunteers for active service

Interned by the Japanese, Rick struggles to survive, just as Rob will struggle to overcome the void created by Rick's absence and to understand the disillusioned man who returns

Adapted from Randolph Stow's classic novel, The Merry-Go-Round in the Sea captures the restless spirit of post-war Australia