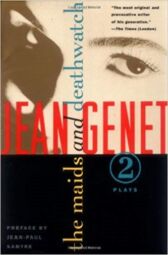 Jean Genet's masterpiece The Maids is an intense psychological thriller

In a luxurious bedroom, two maids fantasize about killing their employer, playing out dangerous and sadistic scenarios as they plan her violent death

An intense, the play offers a vicious analysis of the class system and a provocative exploration of sexuality