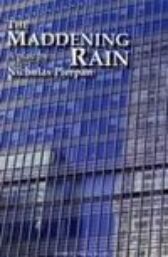 "We're sixteen and Will writes this story about a medieval village that gets hit by a terrible storm. And the rain in that storm makes everyone go crazy. Everyone whose skin comes into contact with the rainwater goes insane, mental, like in a movie ..."

An unnamed Man speaks to the audience, describing how he first moved to London after leaving school and worked in a series of dead-end jobs before being recruited to a securities finance company in the City

Seduced by the prospect of new suits and six-figure bonuses, he is soon assisting Andy, a trader, in borrowing and making millions of pounds a day

But when the economy takes a downturn and Andy's risk-taking starts to incur huge losses, the pressure begins to take its toll