The Lulu Plays & Other Sex Tragedies 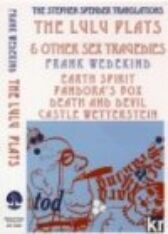 The importance of Frank Wedekind (1864-1918) to the history of literature and the development of drama in particular, is enormous

The influence of Strindberg on his work is conspicuous, but he filled the legacy of realism with a new content - the grotesque

With his highly individual vision and aphoristic, almost abrupt - yet always poetic - language, he hastened the transition to Expressionism

Wedekind's vision of what constituted perfect theatre was a combination of colour, music, word and gesture, forever mingling the sublime with the ridiculous

Life among the circus artistes in Paris confirmed his dictum that to bring about a rebirth of a genuine, vigorous art it was essential to portray people whose actions are dictated by the simplest animal instincts

It was the pantomime "Lulu" by Felicien Camsaur, which he first saw in Paris, that gave him the idea for his most important work, the "Lulu" plays - "Earth Spirit" and "Pandora's Box"

He was among the very first to portray a lesbian on stage - the Countess Geschwitz, whom he perceived as the central tragic figure

As a dramatist, Wedekind drew his characters with absolute clarity; he compressed scenes and wasted no time in establishing motivation

As a poet, he delved into ballad and folklore, his plays a fascinating mixture of Morality Plays and Grand Guignol

"Death and Devil" and "Castle Wetterstein", the other two plays that make up this volume, are essentially extensions of and complimentary to the "Lulu" tragedies