The Lottery of Love 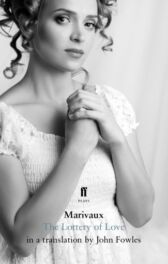 An elegant translation of Le Jeu de l'amour et du hasard, Marivaux's greatest comedy, by the author of The French Lieutenant's Woman and The Collector

From eighteenth-century France, John Fowles transports us to Regency England

A marriage has been arranged ...

But Sylvia has a dilemma - how does a woman get to know the man she's engaged to?

The plan would have been perfect, except that her fiancé Richard has had the same idea

His man Brass will do duty as him

And so before long, each believes they are fatally attracted to their social opposite!

One of France's greatest playwrights dissects the age old process of losing oneself to love in this sparkling new translation which premiered at the Orange Tree, Richmond, in March 2017

It also contains an Introduction by John Fowles