The Living Tale of Hirma 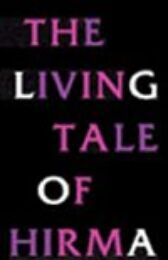 Hirma Dev, the messianic and headstrong ruler of a tribal state called Titur Basna, comes into direct conflict with a state determined to replace the traditional tribal way of life with so-called democratic developmental ideas. This gives rise to a sustained struggle between the adivasis and a host of officials, with disastrous results

Based on a historical occurrence, this is nevertheless an urgently contemporary tale which highlights the process of assimilation of tribal people occurring all over the world. In the process it raises vital questions with no easy answers

It is left for you to decide -

Who emerges the victor?

What does development mean?

Who does it benefit?

And does it have to mean the same thing for all societies?

Habib Tanvir, journalist, actor, director, poet and playwright, is best known for his path-breaking work with the Chhattisgarhi actors who form his company, Naya Theatre.

Habib Tanvir was awarded the Sangeet Natak Akademi Award for Drama in 1970 and subsequently came to receive numerous honours including the Padma Shri and Doctorates of Literature from the Khairagarh University of Music and Kalyani University. A nominated member of Parliament from 1972 to 1978 and a Jawaharlal Nehru Fellow, he occupied the prestigious Pandit Sunderlal Sharma Chair as its first visiting Professor at the Ravi Shankar University, Raipur. He has also been honoured with the Legends of India award

Prabha Katyal is a retired teacher who does translations from Hindi. She lives in Calcutta