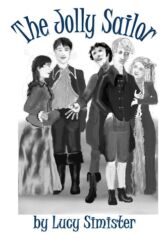 A fast paced comedy of mayhem and misunderstanding ...

William is off to university

Or so he thinks

His father is a customs officer and his mother plans to return to a life of pirating!

William and his friends travel to France looking for adventure

On board ship is William's worried father in disguise

But when William is kidnapped and meets navigator Martha May, everything changes

And she's outraged that William's life is in danger ...