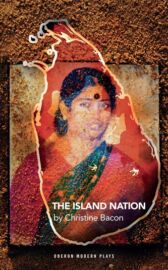 "The world does not care. The world doesn't even know. There are European tourists sipping cocktails right now on the beaches in the south, who have no idea what's happening in the north"

The United Nations, the media and all independent witnesses are banned from entering the war zone

Nila - a young Tamil woman - is trapped in rebel-held territory

Rebecca - a British aid worker - is desperate to get her out

Erik - a Norwegian politician - thinks he has a plan for peace

But nothing is certain

And nobody is safe

Based on real events, The Island Nation is a visceral, revelatory play by Christine Bacon, artistic director of the pioneering human rights theatre company ice&fire