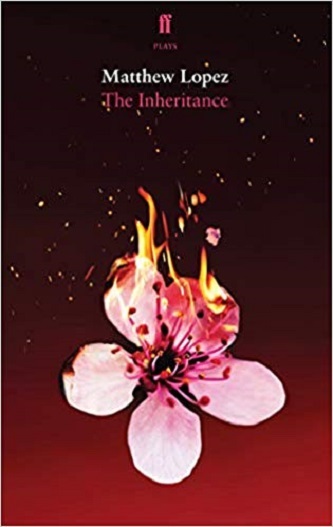 ""The most important American play of the century" ~ Daily Telegraph

Inspired by E. M. Forster's novel Howards End, and set in New York three decades after the height of the AIDS epidemic, The Inheritance wrestles with what it means to be a gay man today, exploring relationships and connections across age and social class and asking what one generation's responsibilities may be to the next

Told in two parts and running about six hours, it tells multiple stories ...

Eric is a kindly, humane lawyer who lives in a posh Upper West Side apartment

And Toby - his longtime lover - is an egotistical, sharp-tongued writer whose success as a novelist and dramatist is based on the denial of his past

Their impending marriage is threatened both by Eric's loss of the family apartment and by Toby's fixation on Adam, the charismatic star of his play

Toby becomes involved with rent boy Leo, who is not only a lookalike for Adam but also tests the moral probity of all who encounter him

The liberal Eric is drawn to Henry, a real-estate developer who has recently lost his own partner, Walter

And - as in Forster's novel - a property is pivotal

But will Eric will ever come into his rightful inheritance?

By turn hilarious and heart-breakingly profound, this is one of the most intense plays about the status of gay culture

It premiered at the Young Vic in London May, 2018 with a stellar cast, including Vanessa Redgrave making a moving appearance in Part Two as a mother who belatedly learned to love her gay son

It was immediately recognised as a work of equal importance and stature to Angels in America ...

"An emotional powerhouse. A ravishing theatrical work that urges generations to connect and love. Gripping from first scene to last" ~ Rolling Stone

★★★★★ "Vast in its emotional scope. It covers the whole gamut of gay men's lives" ~ Gay Times

"Stop the clocks; the race is won. Here is the play of this year and last year and quite possibly next year as well. This is a work of rare grace, truth and beauty" ~ Evening Standard

"Matthew Lopez's rhapsodic deep dive into the ties that bind the gay community to its past asks how to love, how to live and how to do those well, despite a legacy of damage. It's captivating" ~ The Times