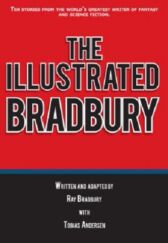 Large Mixed Cast
This great value Collection offers stage adaptations of 10 stories - some famous, some lesser-known - created by Bradbury, one of the world's greatest writer of fantasy and science fiction

Among the selections that are dramatized are such classic Bradbury tales as ...

The Murderer - a man confesses to killing his telephone

There Was an Old Woman - an elderly woman dies and confronts the mortician, threatening to haunt him for 200 years if she isn't given back her body

"The stories are fantastic, apocryphal and optimistic More than a collection of entertaining tales, it is an insightful social commentary" ~ Daily Sundial