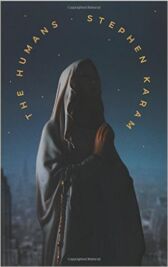 Finalist for the 2016 Pulitzer Prize for Drama

"THE BEST PLAY OF THE YEAR" ~ The New York Times, The Washington Post, New York Magazine, Chicago Tribune, The Hollywood Reporter, Time Out

Breaking with tradition, Erik Blake has brought his Pennsylvania family to celebrate Thanksgiving at his daughter's apartment in lower Manhattan

As darkness falls outside the ramshackle pre-war duplex, eerie things start to go bump in the night

And the hilarity, heart and horrors of the Blake clan are exposed

Unfolding over a single scene, this "delirious tragicomedy infuses the traditional kitchen-sink family drama with qualities of horror in his portentous and penetrating work of psychological unease", creating an indelible family portrait

★★★★★ "Gorgeous. Stephen Karam boldly forces us into a world beyond the familiar" ~ Adam Feldman, Time Out New York

"A haunting, beautifully realized play, quite possibly the finest we will see all season ... Blisteringly funny and altogether wonderful" ~ Charles Isherwood, The New York Times

"Absolutely, relentlessly gripping ... Rackingly funny even as it pummels the heart and scares the bejesus out of you" ~ Jesse Green, New York Magazine

"Drawn in subtle but indelible strokes, Mr. Karam's play might almost qualify as deep-delving reportage, so clearly does it illuminate the current, tremor-ridden landscape of contemporary America. The finest new play of the Broadway season so far - by a long shot" ~ The New York Times