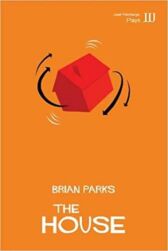 The Redmonds have an unusual relationship with their dream home

With the kids now raised, it's finally time to move on

But they don't just want to sell the place

They want to entrust it to its next owners, so that the new people can have the same great life there as they've had

So the Redmonds have specially selected the buyers - the Libetts

After the official sale, both couples gather in the house for celebratory cocktails and a ceremonial handover of keys

And soon spins further and further out of control

The House is an edgy comedy about property, deception, dentists

And a cat called Bismarck