The General from America 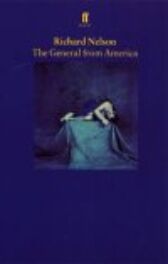 Can you betray your country, when your country has betrayed itself? In 1780, America's most successful General believed the War of Independence had lost its way. He decided to surrender his soldiers, hand over George Washington to the British and end the war

In America today, General Benedict Arnold is considered one of the most heinous men the world has ever known; in London, a plaque celebrates the house where he lived out his years in exile. Richard Nelson's haunting play presents a richly emotional portrait of a man searching for love and country, and finding only compromise and despair