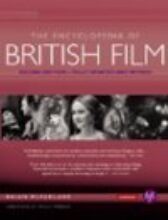 An updated edition of the comprehensive history of the British film industry from its inception to the present day, with minute listings of the producers, directors, actors and studios behind a century or so of great British cinema

Published in association with the British Film Institute, this unparalleled volume is fully illustrated with numerous rare black and white photos of film stars and film-makers from the 1920s to the present day