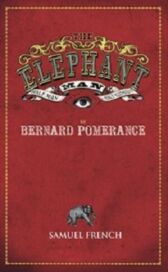 This is the true story of a man whose body is hideously deformed, but within is a remarkably sensitive and intelligent being. Merrick is exploited by Victorian society and philanthropy

Merrick is introduced to high society, becoming dependent on the success his deformity brings him

A well known actress tries to ease his sexual loneliness, but her efforts are thwarted by hypocrisy

Winner of numerous Tony Awards including Best Play, The Elephant Man was revived on Broadway for the 2002 season

"At heart in addresses the simple issue of what it means to be human" ~ N.Y. Daily News