The Deception of Kathryn Vask 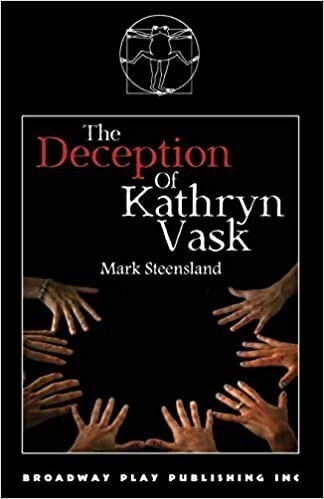 Blaming herself for her son's death in an accident, a grief-stricken woman wants to hold a séance to get his forgiveness from beyond the grave.

But when her husband conspires with the family pastor to hire actors and fake the proceedings, things don't go as planned …

“I wish theatre horror was a bigger thing. I wish more people would realize how amazing this genre can — and does — do on stage, especially when the right special effects are used. And there’s something much more terrifying about being right there and seeing something unfold on stage, rather than witnessing it through a screen. There’s a more constant threat when seeing horror live, a sensation that what you’re watching really can break the fourth wall and come right at you … [THE DECEPTION OF KATHRYN VASK is] entertaining, gripping, impressive” ~ Elle Turpitt, Dead Head Reviews

“In Act One, Scene One it’s a long drawn out argument at 4am with Kathryn and Jonathan and I got Who’s Afraid of Virgina Woolf vibes and I was here for it! Loved that scene! … The play only gets better, ratcheting up the intensity and the horror from there! I was in to it 100% for the entire ride and let me tell you, it takes some turns and I did NOT see them coming! LOVED that! … I am not sure I’ve read quite such a dark horror play before and it’s a genre I’m now convinced we need more of!” ~ Lars Skaar, Page Turners and Constant Reads