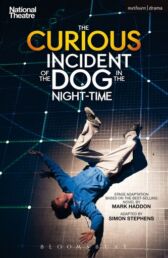 "My name is Christopher John Francis Boone. I know all the countries of the world and the capital cities. And every prime number up to 7507"

It has been speared with a garden fork, it is seven minutes after midnight, and Christopher is under suspicion

He has an extraordinary brain and is exceptional at maths, but he is ill-equipped to interpret everyday life

He has never ventured alone beyond the end of his road, he detests being touched and he distrusts strangers

But Christopher's detective work - forbidden by his father - takes him on a frightening journey that turns his world upside-down ...

This is the UK Methuen Edition