The Blind Giant Is Dancing 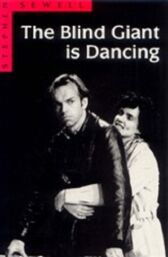 Brutality in the workplace, rage in the streets, seething in the home

The vulnerability of political parties when they've forgotten why they're there

The intellectual torpor of modern Australia

The Blind Giant is Dancing is an angry and tender depiction of an idealist, Allen Fitzgerald, who becomes so embroiled in a party power struggle that he loses sight of what's at stake

When it premiered in 1983, The Blind Giant is Dancing felt like a sharp slap in the face

Now, in an age of ICAC, Union credit cards, speculative housing bubbles, a pulverised working class and vapid leadership in the 21st century, this Australian classic has lost none of its brute force