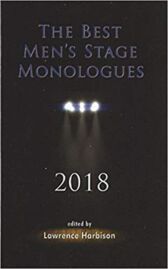 A rich and varied selection of monologues for men, most of which are from plays which were produced and/or published in the 2017-2018 theatrical season

The age of the character is indicated in each monologue, but you will find that many may be done by actors of different ages

Some are comic, some dramatic

Some are rather short

But they all represent the best in contemporary playwriting