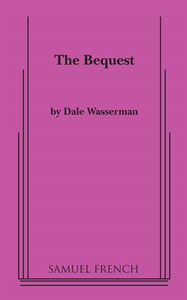 Eyebrows rise in a small town in Wisconsin when a notorious playboy dies leaving a large bequest to a local resident, the lovely and beloved wife of a local newspaper reporter

"A polished miniature from a playwright better known for his blockbusters ... a wicked, witty look at such piquant matters as male female politics, the secret nature of women, and that little green demon known as retroactive jealousy. In the bargain, it's a sexy sort of whodunnit which will go on teasing your mind well after the curtain's down" ~ What's On