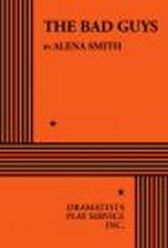 Childhood buddies whose paths have diverged re-unite on a late summer afternoon for some beer, grilling and weed ...

... but deep within their friendships lurk ghosts that rock the patio beneath them

Bitingly comic and ruthlessly recognizable, this is the story of a generation at war with itself over what it means to "man up."

"Ms Smith displays a perceptive understanding of the male ego. The men's contrasting voices are captured with a natural ease that makes them stand on their own as believable and memorable characters" ~ NY Times